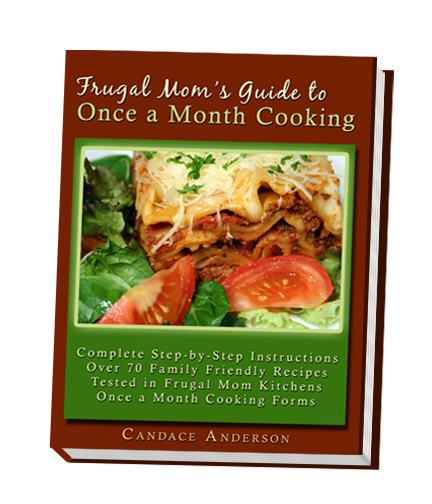 Tired, but still need to make dinner each night? Looking to save money yet want delicious meals?
Let the Frugal Mom help you.


Reduce the cost, time, and effort in meal preparation. Step-by-step instructions for cooking once a month.

In a previous article, Making Washing Soda from Baking Soda , I calculated the cost of making washing soda in my oven. I also shared the results of my flawed pH test.

The cost of the oven heat is what made the homemade washing soda so expensive.

To lower the cost, I wondered if I could just heat the baking soda while I was cooking other foods. Since I don't normally have the oven heating for three hours at a time, except during the holidays, I was curious if the baking soda would still convert if the heating was cumulative.

To test this, I got a larger glass casserole dish (do not use aluminum bakeware because the baking soda becomes caustic and damaging to aluminum when it is heated) and put two cups of baking soda in an even layer in the dish. I then put this on the very top rack of my oven, out of the way, and left it there for a week. During that week, I used the oven about every other night. Sometimes my baking lasted an hour, sometimes less. A couple of times, I took the "baking soda casserole" out and stirred it and then put it back in the oven. Otherwise, the dish stayed in the oven, whether the oven was on or off. A couple of times, I even forgot it was still there.

(Note: remember that the volume increases when converting baking soda to washing soda. In my experiments, 2 cups of baking soda would convert to approximately 2-1/2 cups of washing soda. I don't know why this happens, but one day if I ever get curious enough, I'll look it up.)

The experiment was a success. After about a week of off and on heating, the baking soda had made its conversion to washing soda. I estimate that I used the oven for a total of about 6-7 hours, including preheating time, during the course of the experiment.

Since I used no extra oven heat for the "baking soda casserole," I successfully brought the price of a cup of washing soda down to $.24 a cup.

Compare this to the retail price of washing soda:

Amazon.com has Arm & Hammer Super Washing Soda priced at $10.39 for 55 ounces, including shipping if you are a Prime customer. Assuming washing soda weighs about 8.4 ounces per cup, then Amazon's cost is $1.59 per cup of washing soda.

This means that making homemade washing soda, if you can make it while doing your regular baking and cooking, creates a potential savings of $1.25 per cup for mail-ordered washing soda and $.22 a cup for washing soda purchased from your local store. 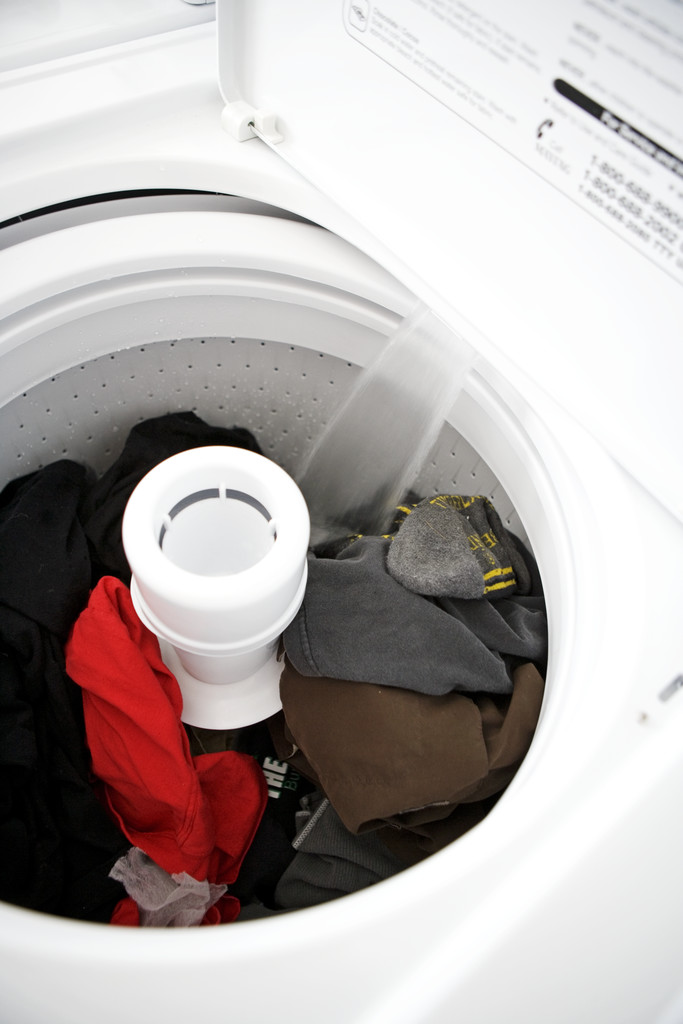 5 loads of laundry/week with 3/8 cup of washing soda per load costs:

Keep in mind that you will only see these savings if you heat your baking soda while baking/cooking so that you do not pay for extra heat in the process. Using homemade washing soda heated alone in the oven (includes the cost of oven heat), the cost is $.38 a load or $1.90 per week or $98.80 a year. This is more expensive than the store-bought washing soda, but less expensive than the mail-order washing soda, so this is a cost savings only if you can't find washing soda in your store for about $6.00 or less for a 55 oz box.

Since the heating process is easy (just dump two cups of baking soda in an oven-proof glass casserole dish and leave it in the top rack of the oven for 1-2 weeks while you do your regular cooking) and it also saves me from searching the stores for washing soda, I enjoy the extra savings of making my own washing soda. Making life easier while saving money ... now that's The Fat Dollar way!

Costs used in the calculations:

Average loads of laundry per week = 5

Average use of washing soda per load = 3/8 cup

In the Kitchen - grocery shopping, cooking, planning ... get some Fat Dollar Ideas

Use Those Stale Marshmallows

How to Re-Crisp Stale Ready-to-Eat Cereal

Save Money on Food with Inexpensive Clothespins

Microwave Muffins - Worth the Energy Savings? - the experiment and the recipe

Tips and ideas to save money in your home

Make Your Own Shampoo and Rinse - Herbal or Plain

Does it Save Money to Use Toilet Paper Instead of Facial Tissue?

Save Money on Anti-Aging and Skin Care Creams

Tips for managing your Fat Dollars

Manage Your Money - Tips for managing your Fat Dollars

How to Stop Impulsive Spending

Save Money on Gas - Increase Your Mileage Up to 26%

Find Your Car's Expected Miles Per Gallon to Save

Bartering Online or Offline - To fatten up your dollars

Get Free Samples and Products at Simply Free Stuff